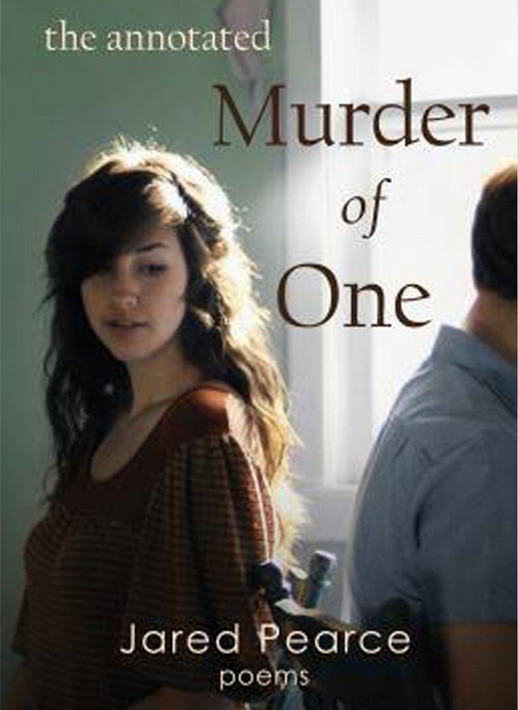 Over a decade of creativity, writing, revision, deep thinking, and arrangement, a collection of poems written by Dr. Jared Pearce will be compiled in his upcoming publication, “The Annotated Murder of One.”

What began in the summer of 2007, will finally be coming to fruition as Dr. Pearce’s full poem collection will be released on September 7, 2018. The inspiration from the collection came from the song “A Murder of One” by the long-standing band, Counting Crows. From that song, Pearce annotated—in a sense—the words and phrases to pen his poems.

“I was looking for a project and thought it might be interesting to take words and phrases from the song and see what kinds of poems could come from them,” stated Pearce.

Vivid bird imagery is constructed within the collection’s work, as well as ghosts, flowers, dessert, and other humorous images. The poems play off of memories and history, songs, stories, vision, and the relationship of love.

The imagery displayed in the poems will be brought to life by Editor Cosette Puckett. The designs will be kept minimal—black and white, drawn in graphite and ink on paper. Puckett is also designing borders that will be visible in each section, with each section having a divider and unique border design. The cover of the collection is a photograph of a woman and man.

“I was able to contact a Canadian photographer, Steven Brace,” Pearce said, “[who] allowed [me] to use one of his photographs that I think well represents the book’s tone and content.”

Many of the poems within “The Annotated Murder of One” had previously been published in a poetry chapbook or in other literary publications. But this is Pearce’s first full poetry publication, which is being prepared by Aubade Publishing.

This collection, however, is not Pearce’s first. “My first complete book—was written when I was in, I think, third grade—it was about a cat named Maynard, who owned an old car,” said Pearce.

Aubade Publishing noted that Pearce’s poems have been nominated for numerous accolades including Pushcart Prize, shortlisted for the Slate Roof and Blue Light Press competitions, and won the BYU Studies Prize in Poetry.

The following is a short excerpt from Dr. Pearce’s poem, Two for Joy:

“I married you, I wanted to marry

You: sprung-trap of my loneliness, wire cage

Snatching all my fear and anguish, catching

Every bruise of my lost confidence,

And arranging them in the small vase curved

As the bow of your hop and turned like lips:

And nicotiana for the grace of darkness…”