We asked Assistant Professor of History, Dr. Brooke Sherrard, a couple of questions about her method of teaching and why she enjoys being a part of the WPU family. 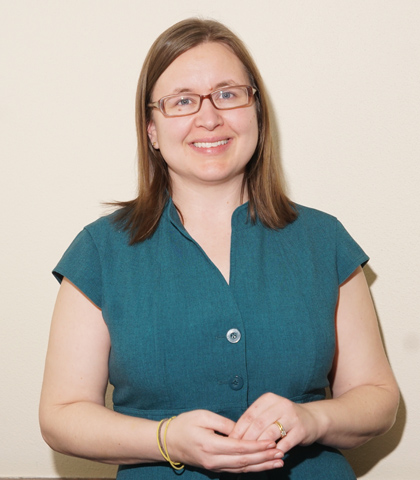 What is your educational history and how did you become interested in your field?

My educational history has been one of continual changes. As an 18-year-old, I set off for Truman State University completely convinced I would become a journalist. But my first semester I had to take a Spanish class — and loved it so much I ended up with a second major in Spanish. When I was a junior, I was looking through the course schedule and saw a class called “Introduction to Judaism.” I don’t know why I took it exactly; it just seemed so interesting! And it turned out to be even more interesting than I was imagining. A whole new world opened up of connections between traditions and ways of seeing history. It probably bears mentioning that 9/11 happened during this class, and the professor’s bravery in speaking against the resulting wave of anti-Muslim rhetoric is something I will never forget. I took as many religious studies classes as I could before graduating then moved to Iowa City for a job as a copy editor — precisely what I had trained for.

But I just couldn’t stop thinking about the field of inquiry I had stumbled onto, and within a year I enrolled in a master’s program in religious studies at the University of Iowa. That was where I figured out that my main interest in religion was in the historical aspects. For that reason I applied to the Ph.D. program in American Religious History at Florida State University, and that is how I came to be teaching mostly American history classes here at William Penn University.

Do you have a favorite project or activity that you enjoy assigning to students?

It is probably old fashioned to say this, but my favorite thing to assign to students is a research paper. Even interested, active students may not give too much thought to how the knowledge in the readings we are doing is produced. Embarking on a research paper of one’s own, though, brings a person face to face with questions like how to find good sources, how to construct a narrative, and how we know what we know. At Florida State, every day for five years I walked into a building with the inscription “The half of knowledge is to know where to find knowledge” over the doorway. A research paper invites students to a deep and sustained engagement with a topic, a process that I hope is an antidote to an Internet–driven culture of bombardment by shorter and shorter snippets.

How would you describe the community at William Penn?

I would describe the community at William Penn University as a “holy experiment” — which is, of course, William Penn’s phrase to describe his attempt at creating a government in Pennsylvania not just for Quakers but also for religious minority groups that had been persecuted elsewhere. This, for me, was the strongest draw to this institution: in the annals of American history, William Penn’s name is synonymous with toleration for religious and racial difference. I have found a commitment to those ideals to be alive and well on his namesake campus.

What advice would you give students for after graduation?

My advice for after graduation is that you just don’t know where life will lead you! Sometimes students are under pressure to know exactly what they want to major in and exactly what they are going to do with that major. I remember the question “What are you going to do with that?” being asked of me with increasing frequency the closer I got to graduation. And I thought I knew the answer, but it turned out I didn’t. I loved the field of journalism, but I had chosen it as a major partly because it seemed to lead so clearly to a job. Looking back, the most important classes I took were the ones outside my major, which in a way is the whole point of college. College is a really special time in people’s lives, and while it isn’t the only way a person can study literature or ethics or history, it is certainly a golden opportunity to do so.