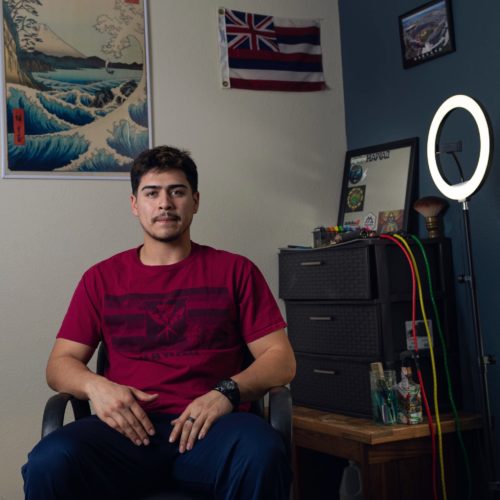 Alex is proud of his Latino heritage and Hawaiian roots. He came to William Penn University via a junior college in Hayward, California to continue his baseball career. However, he ended up meeting a variety of students, not only through athletics, but through haircuts. Alex began cutting hair for a few friends as a favor and to make some extra money. But it quickly grew into a way for him to meet new people and gain an appreciation for networking.

This entrepreneurial-minded Digital Communications major will graduate in May. He plans to return to California and possibly, someday to Hawaii. His experiences at William Penn have given him confidence in his ability to start his own entrepreneurship path.

Alex says that WPU has been a supportive environment, “Professors help you if you are struggling, they know all of us on a first-name basis. And there is a comradery among students, it is easy to talk to everyone.” What was originally a choice to play baseball, became more than that. The friendly environment and connecting with others have enriched Alex’s college experience.