Being a part of William Penn University’s graduating class of 2017 is only one of the many accomplishments Marvin Van Der Wiel has achieved as a nurse. He has received the Nursing Excellence in Leadership Award at WPU and has been nominated as one of the 100 Great Iowa Nurses of 2017. These awards came as no surprise due to praises from both professors and classmates about his caring and hard-working nature.

Prior to completing his Bachelor of Science in Nursing degree at WPU, Marvin worked in construction for 16 years. During that time he was a part of a team that helped replace the windows in Penn Hall as well as the Lewis Hall dorms. After progressing into the field of building maintenance, he decided to make a career change and attended Indian Hills Community College and received his Associates Degree in Nursing in 2005. While attending school and following its completion, he volunteered with his local community ambulance service for 33 years.

After 10 years of service as an Emergency Department RN at Mercy Medical Center in Des Moines, IA, Marvin chose William Penn to further his education because of the blended online and in-classroom programs as well as the scholarship assistance opportunities that were available. His educational experience has been especially productive due to the willingness and availability of staff to assist him, instructors being knowledgeable in their field, and the overall devotion of the university to expand students’ understanding into practical experience. “William Penn may not be able to offer everything that a large state university can offer, but what they do give is individual personalized service and care to every student on campus with the desire to see each and every student succeed in their education and life,” says Marvin. “My experience at Penn has been overwhelmingly satisfying and Penn helped me achieve my goal of completing my college education.”

Now that he has completed his B.S.N., Marvin plans to continue his current employment at Mercy Medical Center and spend more time with his wife and family. In his free time, he enjoys reading, woodworking, kayaking, and being involved in various committees. He is a member of the State of Iowa Child Death Review Team and Chair-elect of the Iowa Emergency Nurses Association. He also serves as an instructor for a variety of courses such as Nursing Orientation, Advanced Cardiac Life Support and the Trauma Nursing Core Course. These are just a few of the extracurricular commitments Marvin has made to his field.

“My program support staff has been amazing,” concludes Marvin. “Staff members are always willing to help students find their way through their educational experience and do whatever they can to help students reach their goals for post-graduation.” 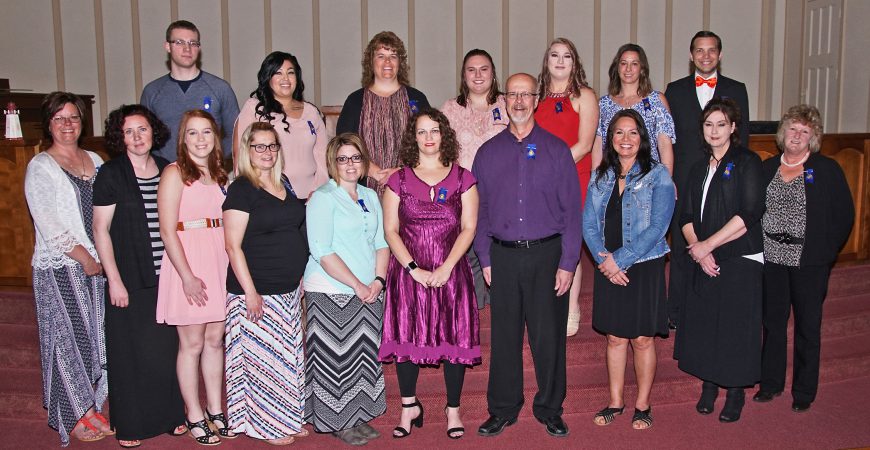