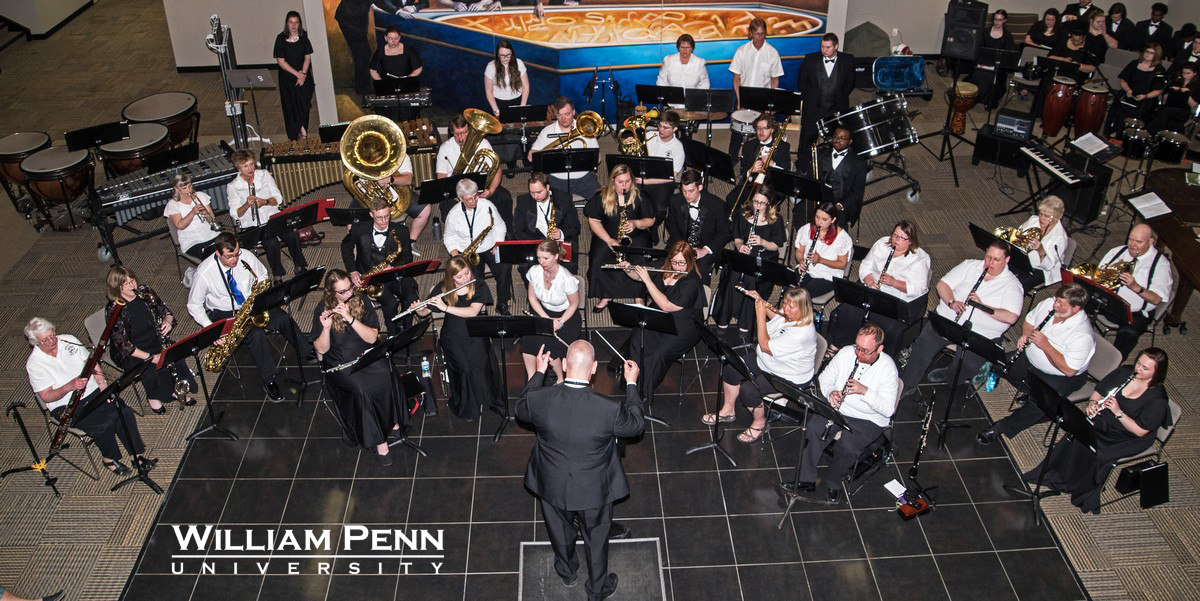 Two students from William Penn University were nominated by their college director, Scott Cressley, Professor of Assistant Teaching Professor of Music, to perform with the Iowa Collegiate Honor Band. Seniors Mallari Winegar and Adam Genskow were both selected to participate in the 2018 Iowa Collegiate Honor Band performance on Saturday, November 17, 2018 at the Josephine Tope Community Auditorium in Nevada, Iowa.

Both Winegar and Genskow are music majors at Penn and performed in five different pieces including Processions of the Nobles, Children’s March “Over the Hills and Far Away”, Peace Dancer, Variations on America, and finally, Sound and Smoke. Winegar was one of nine clarinetists selected to perform, while Genskow was one of four tenor saxophonists. Genskow also took first chair for the second year in a row.

“It gives the students the opportunity to rehearse and perform with outstanding musicians from many different colleges in Iowa,” said Cressley. “Each year there is a different guest conductor who is renowned for their musical knowledge, skill, and conducting experience.  These people may not be household names to the general public, but, they are well known in the band world.”

This year, 20 different colleges and universities were represented in the honor band under the direction of Dr. Stephen G. Peterson. Mark your calendars in preparation for next year’s performance on Saturday, November 23, 2019 at 2:30 p.m.

After receiving his Bachelor’s and Master’s degrees from Arizona State University, Dr. Peterson was the first to receive his Doctor of Music degree in wind conducting from Northwestern University. His ensembles have appeared before national conventions of the American Bandmasters Association, the College Band Directors National Association, at Orchestra Hall with the Chicago Symphony Chorus, and many others.

About the Music Program at William Penn University

To learn more about the Music program at William Penn University visit www.wmpenn.edu/music.