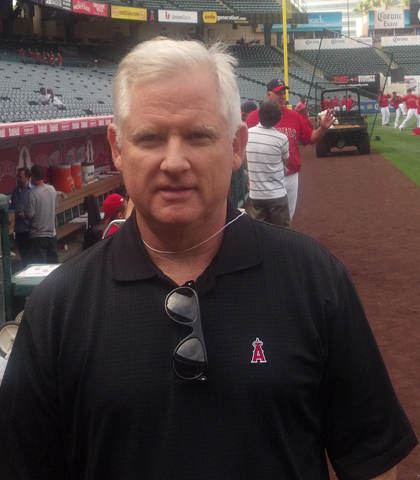 Mike Driscoll came to William Penn University as a freshman, solely focused on his college baseball career. But Mike quickly realized that Penn offered him the tools he needed to succeed academically. as well, reaching his goal of graduating.

Through a culture of leadership, team work, and expectations set by professors, Mike was able reach his full potential in the classroom. In one instance after being unprepared for an exam and stating that fact on the test, he recalls, “the professor charged out of the class after me and personally challenged me for what I had done. It made a large impression with me as I respected him and realized that I had let him down.”

He also remembers the use of practical experience in his studies. Such as when an opportunity arose for Mike to serve as a counselor for young adolescent foster boys. On the last day of the assignment, a boy who had been a part of the experience, was in tears because he was having to say goodbye for the final time. “This was a very moving experience that I will never forget,” says Mike.

Since his graduation in 1976 with a Bachelor of Arts in Human Relations, Mike has used his education, athletic experience, and diverse relationships to prepare him for the success he has achieved in his career as a Wireless Technology Consultant for The Irvine Company.

Mike has led a fulfilling career in sales and consulting and throughout his time received numerous awards. However, his greatest recognitions have been in the form of notable clients and organizations he has worked with. Previously, Mike has held such customers as Henry Segerstom (South Coast Plaza), Barron Hilton (Hilton Hotels), Michael Milken (Drexel Burnham & Lambert), and Donald Bren (Irvine Company).  These associations have resulted in high profile technology projects, one such notable project was at The Waldorf Astoria in New York City.

The lessons he learned at WPU are ones Mike continues to take with him throughout his life. “Overall, this period made me realize that anything was possible, as long as you are prepared and work hard.”