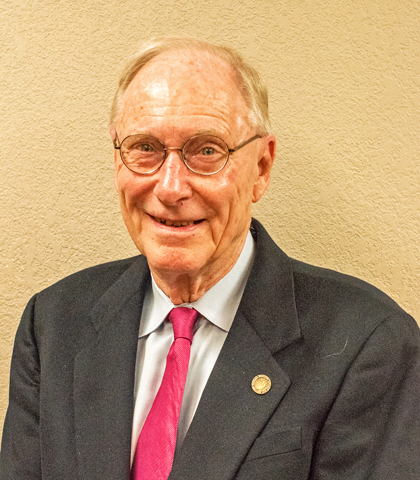 Born in Oskaloosa, Iowa, Larry Delong procured his Bachelor of Arts from William Penn in 1962.  While at the college, Larry learned that prayer was indeed a way of life. “[I] liked Chapel very much,” he said, recalling his time at Penn. Dr. Donald Schultze especially supported him and helped him to succeed.

After schooling, Larry went on for additional training from the Army Security Agency and CIA.  He’s been able to partake in the Honor Flight to Washington D.C. and was granted a Supervisor Achievement Award from Guardsmark.  He’s particularly interested in photography and cemetery restoration.

Larry currently lives in Pella, Iowa, and is married to Joanne.  They have two children: Jeff and Jennifer.