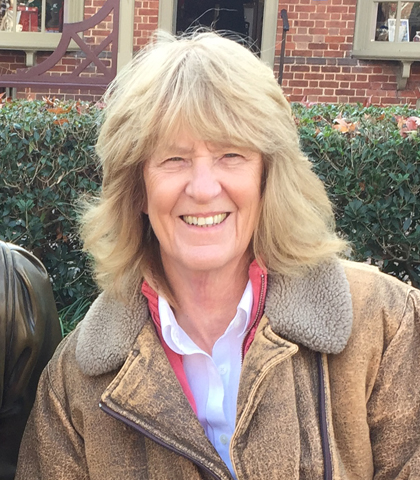 Dot taught undergraduates from 1970 to 1984 at Colby-Sawyer College. She later spent four years as an academic dean and professor at La Roche College in Pittsburgh, PA followed by research positions at Penn State University and the University of Massachusetts at Boston. She spent one year at Oklahoma State University as an Assistant Professor before finally settling in at The College of William and Mary in 1993—where she retired in 2013 and holds Professor Emerita.

Dot attributes much of the challenges she faced at William Penn to career successes. Her sociology professor, Gerald Simmons, was demanding and made sociology students work for their grades. “He was a fascinating lecturer, caring about us as students, and challenging us with interesting assignments,” said Dot.

Outside of the classroom and studies, Dot felt valued by Professor Simmons—being invited to his and his wife’s home for dinner during her junior and senior year, along with other sociology students. One memory that Dot holds near and dear, more than any others, was what Professor Simmons suggested to her one day in the basement of Penn Hall.

“Gerry Simmons turned to me… one day in my junior year, when several of us were talking with him, and it changed my life. He looked at me and said, ‘You should think about going to graduate school.’”, Dot recalls. “As the first person in my family to go to college, graduate school was beyond my ken and expectations.”

Following that conversation, Dot served as Professor Simmons’ teaching assistant for the anthropology course. It was then that she felt she had real academic abilities and potential. Dot moved on to graduate school after graduating from WPU. Because of the opportunities that Professor Simmons provided through research and coursework, Dot felt she ran rings around her peers in terms of knowing sociology scholars and theories.

Dot’s class while at Penn was one of the most diverse and largest groups of students the college had known. Most of the students at the time were from the East Coast—Methodists and Catholics, along with a small number of Jewish students, outnumbered the Quaker students enrolled. Their diversity affected the student life and activity in very positive ways. Dana Atkins, the Dean of Students, encouraged students to make their voices heard to administration and trustees where they wanted to see change. This led to the trustees sponsoring a few dances on campus and for residents to be trusted with keys to Pennwell, the senior women’s apartment building. These changes to policy were due in part to Dot and her classmate’s courage and advocacy.

“Penn gave me a chance to go to college,” said Dot. “It was a time when dismissal from an institution might mean not being able to transfer, so many of us were a bit intimidated by the long-standing rules at first. Yet at Penn, we were encouraged by several faculty members to explore and to voice our opinions.” Many of us found positive outlets for campus change and community volunteer efforts.”