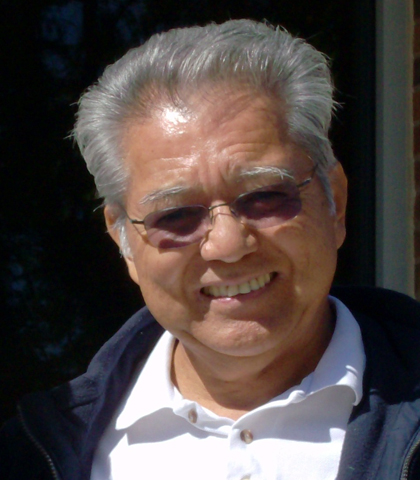 A now retired pastor, Dennis Ginoza received his Bachelor of Arts degree in 1965 for secondary education in social sciences and holds a minor in religious studies. After graduation, Ginoza went on to work with five Methodist churches for a total of 38 years of pastoral ministry.

His time at William Penn was full of realizations that he was able to carry through life. “During my first semester when I received the mid-semester grade, [I received] a low grade in three of my courses,” he said. “I came to a realization that my management of time was very poor.”  At the time, he was staying with four other students and admits to staying out late, cutting into vital study hours.  He knew he had to do something to turn back towards the path of success, so he requested then-Dean Dr. Darrel Ensz to change his living situation. After the move, Ginoza was able to manage his study time better along with social and extra-cirricular activities.  “I raised my grade point average to above a 3.0,” he said.

When Ginoza came to Penn, he found many opportunities in student leadership. During his sophomore and junior years, he served as president of the International Relations Club.  The club was able to form a Hawaiian Luau Planning Committee and in the spring, a luau followed.  “I had made contact with people in the community, had contacts back in Hawaii, and for four months we worked on our plans,” he recalled.  The luau was a success, changing the landscape of student entertainment on campus forever.  Ginoza was also a key player on the Student Senate and was named as Chair of the Social Committee, as well as serving as Junior Class Vice President, and he was a member of the Campus Knights.

What he didn’t know then but knows now, his time at William Penn was actually preparing him for pastoral ministry.  “The support and guidance I received from academic staff, the office, and program personnel, was invaluable,” he said.  The Quaker experience and connections he formed were far-reaching, “more than I could’ve imagined,” he said.  As he reflects on his William Penn experience to this day, the connections and relationships he formed continued for years after graduation. “The Quaker legacy: the value of each individual, the inner spiritual character, and the instruments of learning continue to be a part of my life,” he said.

Ginoza married his wife Sylvia on September 2, 1972. She is a librarian and graduate of the University of Northern Iowa and Kentucky.  They have two sons together, Jeremy and Aaron.  Jeremy is currently a physician in Bellingham, Washington.  He is married to Melanie and they have two sons, ages 3 and 5.  Aaron, their youngest son, is a social media coordinator at the University of Maryland.  Aaron and his wife, Elaina, have one son, born in April 2016.