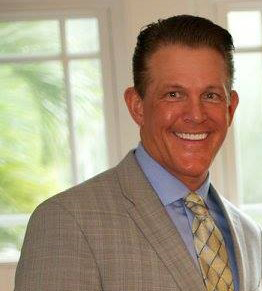 “The William Penn family helped me build my mind and future,” says Eric Winner— who graduated from WPU in 1991. After transferring from Iowa State University and simultaneously dealing with the death of his father, Eric was able to find solace at William Penn through academics, football, and the Sigma Phi Sigma fraternity. Expectations were set by professors and coaching staff that kept Eric focused on earning his degree in Political Science and Business, while the bonds of brotherhood and friendship were cemented through his involvement with Greek Life.

Through smaller class sizes, practical lessons, and direct classroom discussions Eric experienced a connection with his professors. “I had one professor, not even heavily involved in my major, that challenged me and had meetings with me. This professor made me feel recognized and that vision opened my eyes for the future,” says Eric. He appreciated that they tested him and set expectations, which eventually lead to his career success.

Eric currently resides in Overland Park, Kansas, where he is the National Sales Director for FLI, Inc. Transportation and Logistics. His studies at WPU propelled him up the corporate ladder in his field. He attributes part of his success to the “TEAM” atmosphere and diversity at Penn. Although he grew up in a small Iowa town, Eric quickly became friends with students from different lifestyles, races, and religions. Eric says, “Having friends of all different backgrounds helped me prepare for what I would see in management after graduation.”

Through hard work and dedication, Eric has received a number of professional accolades such as the Meridian IQ Global Transportation Sales Award and the YRC Order of the Feather Award for Vision and Achievement.

“Many people at William Penn have been a strong life influence and for that I will always be grateful,” Eric says. “I try to pay it forward with my life, supporting my own family, and being open to others.”